What is Legislative History?

Treaties and international agreements can also have a legislative history, commonly called working documents or travaux préparatoires. Talk to a librarian or see the Public International Law Research Guide for detailed guidance. Environmental law is increasingly an international field so these become more important every year.

The Many Different Types of Federal Legislative History

How is Legislative History Used?

Legislative history documents may be used:

The more detail you can begin with the easier your research often becomes. Some indexes and search services may ask you to use specific features of a piece of legislation to help find it. The more information you have, the more you can be sure you're finding what you need. Having these details can make your online or print searches much more precise, saving time and creating better research. When discussing US federal laws, you want to know:

A useful tool for finding this information is the Popular Name Table, which lists acts by their well known names. If you want to research the Clean Air Act but do not know the statutory provision or the public law number, then you would start with the popular name table. A version of one of these tables will accompany virtually ever version of the U.S.C., whether it's on a commercial service on in print.

At the end of a legislative provision in the U.S.C., there will be notes that give the history of the bill that will give you the public law number and the Statutes at Large citation. When on commercial services like Westlaw, be sure to explore the other content associated with the statute as it could include important historical information. In print publications of the statute, online through the U.S. Government Publishing Office, and some other commercial services, the historical information will follow the text of the statute. This may include notes on amendments. Compare how the first section of the Clean Air Act, 42 U.S.C. 7401, looks in the U.S.C. with the Westlaw version (known as the U.S.C.A., US Code Annotated). 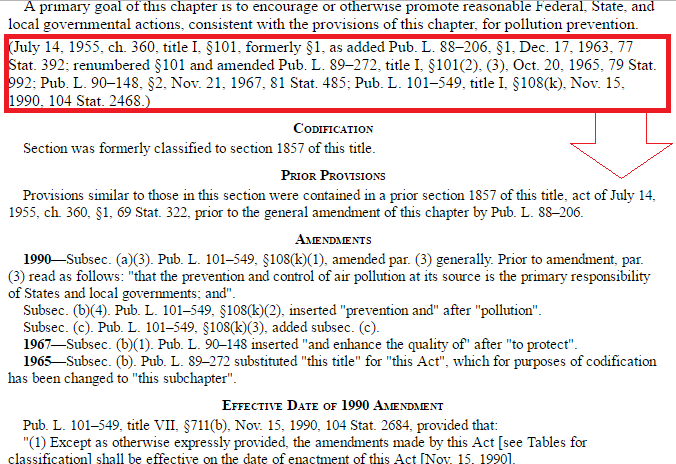 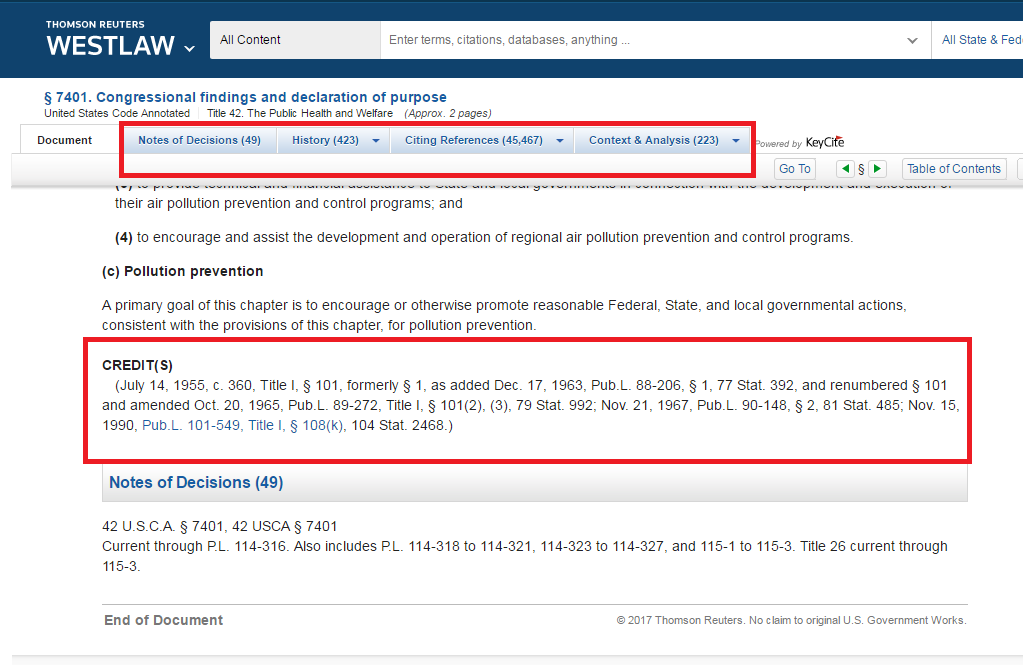