The official version of the USC is published by the Federal Government and known simply as the U.S. Code. The United States Code Annotated (USCA) and United States Code Service (USCS) are commercial versions of the USC, each of which has more finding tools, more cross references to other materials, and which are updated more frequently than the government-published USC. But the Title and Section citations are the same, and the texts of the statutes vary only by how recently each set has been updated. 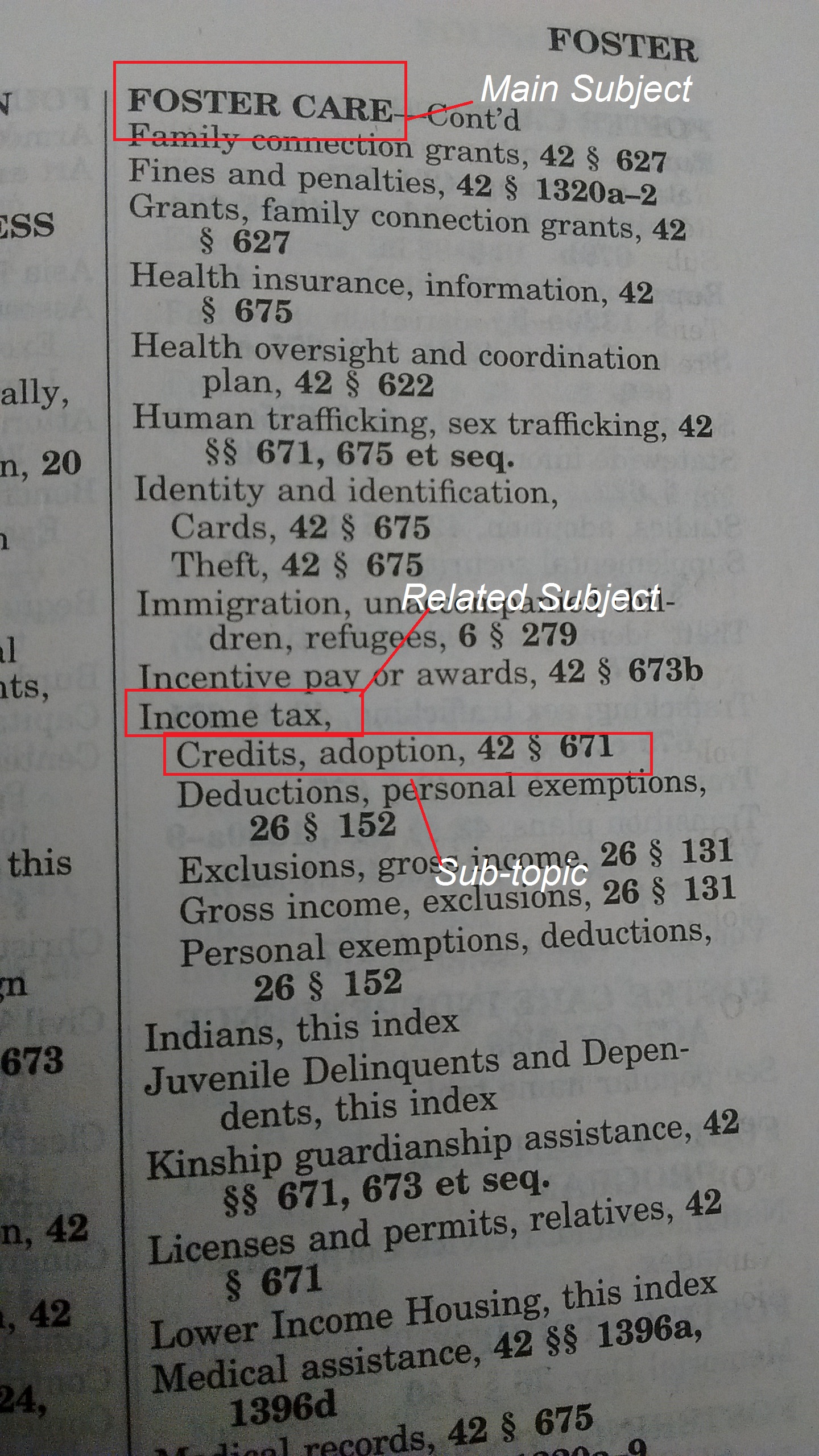 Specific subjects related to Foster Care includes Income Tax, which lists a sub-topic for “credits, adoption”. This narrow subject is addressed in Title 42 of the U.S. Code at Section 671.

A Public Law is a statute in the form as it was passed by Congress (i.e., not as it is organized by subject in the U.S. Code). Public Laws are published in a set of books called  the Statutes at Large. This title can be useful because many laws passed by Congress are split up and published in multiple titles and sections throughout the USC; working with the original Public Law allow you to read the statute in its original form.

It is important to make sure to locate any possible changes to the statutes you find. Most volumes of the USCA have a pocket part in the back cover - or a pamphlet next to the volume - that contain recent changes to the laws in that volume. There are also supplements to the entire USCA contain new laws passed by Congress since the pocket parts were published. Researching online is a another great way to ensure you are looking at up-to-date materials. You can also check Congress.Gov to find if there is any pending legislation that would affect the statutes you are researching; you can also set email or RSS alerts.

All original content copyright 2022 Loyola University New Orleans College of Law Library. This guide may be used for educational purposes, as long as proper credit is given. This guide may not be sold. Requests to republish or adapt a guide should be directed to the Library Director. Proper credit includes the statement: Written by, or adapted from, Loyola University New Orleans Law Library.