As discussed in the introduction, article 38 also references three sources of law that are less familiar: international custom, general principles of law, and writings of publicists. These are all areas that can be difficult to define and have a lot of overlap in research sources.

Customary international law is derived from practices of states and is treated by states as a legal obligation. This is commonly referred to as state practice and opinio juris.

This is a wide definition, and your research can take you through a variety of resources. You could potentially look for national laws, regulations, white papers, and similar government documents in addition to secondary sources.

Now compare this with general principles of law which is generally discussed as being derived from state practice. You can see how this creates much overlap with the research resources relating to customary international law.

Writings of publicists are authoritative writings by well-regarded scholars. This is far from being a definite definition. Who is well-regarded and what is authoritative? It can be a "you know it when you see it" area. It is safe to stick to resources from expert and scholarly organizations, such as the American Law Institute and the Restatements they produce.

We have many of these resources in print; to browse the collection, search “digest” or “yearbook” on the online catalog, or you can search for a particular title. There are also a wide variety of digests and yearbooks online. 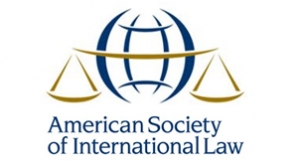 All original content copyright 2022 Loyola University New Orleans College of Law Library. This guide may be used for educational purposes, as long as proper credit is given. This guide may not be sold. Requests to republish or adapt a guide should be directed to the Library Director. Proper credit includes the statement: Written by, or adapted from, Loyola University New Orleans Law Library.